on January 20, 2023
As someone living with Parkinson's disease, one of the biggest challenges I face is the reduced ability to use a keyboard. Before the onset of the condition 8 years ago, I was an ambidextral ten-finger typer, able to switch between using a mouse with both hands with ease. One of the first signs I noticed was that the letters on the left side of the keyboard would appear a bit later, causing typos like "to" turning into "ot". As the condition developed, I gradually lost the use of my right hand, which was reduced to only being able to manipulate the shift and command keys. It wasn't until several years later, after I finally got a proper diagnosis and began treatment, that I was able to start using both hands again, but only for limited periods of time. The functional time was determined by the ever-decreasing effect of carbodopa/levodopa, the compound that temporarily reverses the symptoms of Parkinson's. 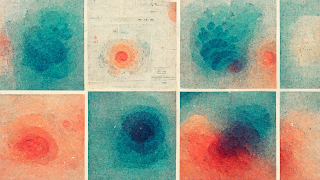 This is where OpenAI GPT comes in as a useful aid for me. With its powerful natural language processing capabilities, GPT allows me to input text using simple voice commands or by typing a few characters. This means that I can input text in a way that feels natural to me, without having to worry about specific grammar rules or syntax. Additionally, GPT can learn and adapt to my writing style over time, which can be particularly useful for someone like me who may find it difficult to communicate in writing.
Another benefit of using GPT is that it can be customized to understand specific terminology or jargon, which can be particularly useful for those of us working in specialized fields. Additionally, GPT can be used to generate text in different formats, such as emails, documents, and social media posts, making it a versatile tool for a wide range of communication needs.
In conclusion, OpenAI GPT can be an extremely useful aid for people with Parkinson's disease or other disabilities that have limited use of the keyboard. Its natural language processing capabilities and ability to learn and adapt to the user's writing style make it an ideal tool for individuals who may have difficulty communicating in writing. Additionally, GPT's ability to generate text in multiple languages and formats makes it a versatile tool for a wide range of communication needs.
Chat GPT disability GPT open.ai Parkinson's productivity
Location: Lafayette, CA 94549, USA

Every once in a while when you create a web part or upgrade web part, or do some of things developers do when developing web parts, there comes the chilling moment, when you see an error message such as the one below: So the question is what do we do in this case? Before you hit the discussion boards, or worse, start pulling your hair, here are couple of tips you can use to troubleshoot the issue: Make sure the control is registered as safe in the web.config (duh...actually the error says what it means, right) Make sure the assembly is accessible and in the [port]bin folder. (obvious, but worth mentioning) Make sure the assembly name in the *.webpart definition file, matches the assembly name in the safe control element in web.config Make sure you don't have more than one *.webpart file for the same web part in the web part catalog. This may happen if you changed the name of the *.webpart file. Restart IIS to start clean. Attach the debugger to the w3wp.exe process and t